The Globe Inn or Old Globe Tavern once stood on Main Street opposite Hall Farm.  There is a report (in the Lincolnshire Chronicle of 11th May 1838) of an inquest on Thomas WITHERS ("lately of Fenton") being held at the Globe, Coddington on 9th May 1838 - no landlord is mentioned.

The Inn had ceased serving by the time of the 1918 Estate Sale, when it was sold as part of Lot 49. 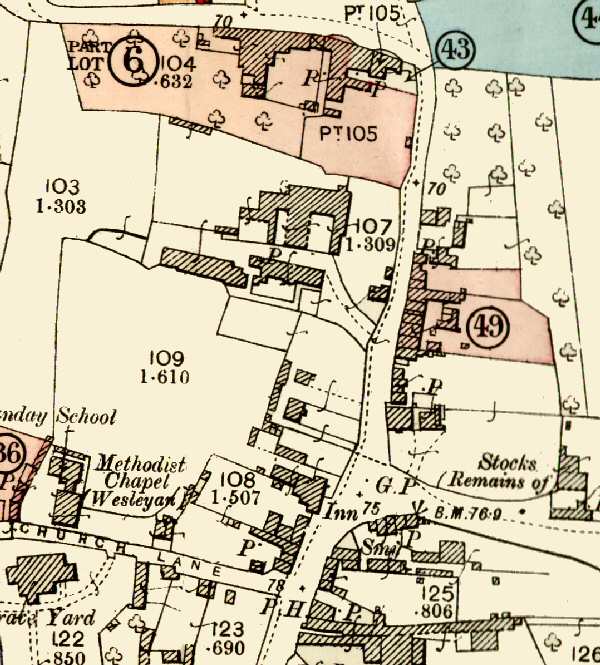 John and Eliza BOOTH are the first people in our records keeping this beerhouse and shop.  John must have died early because in 1857 his widow, Eliza, remarried and in the 1861 Census, Eliza and Gervas FOOTITT are keeping the pub and have started to raise a family.  In addition, Gervas is farming within the village to the extent by 1862 his land is advertised for sale as part of an Estate auction. 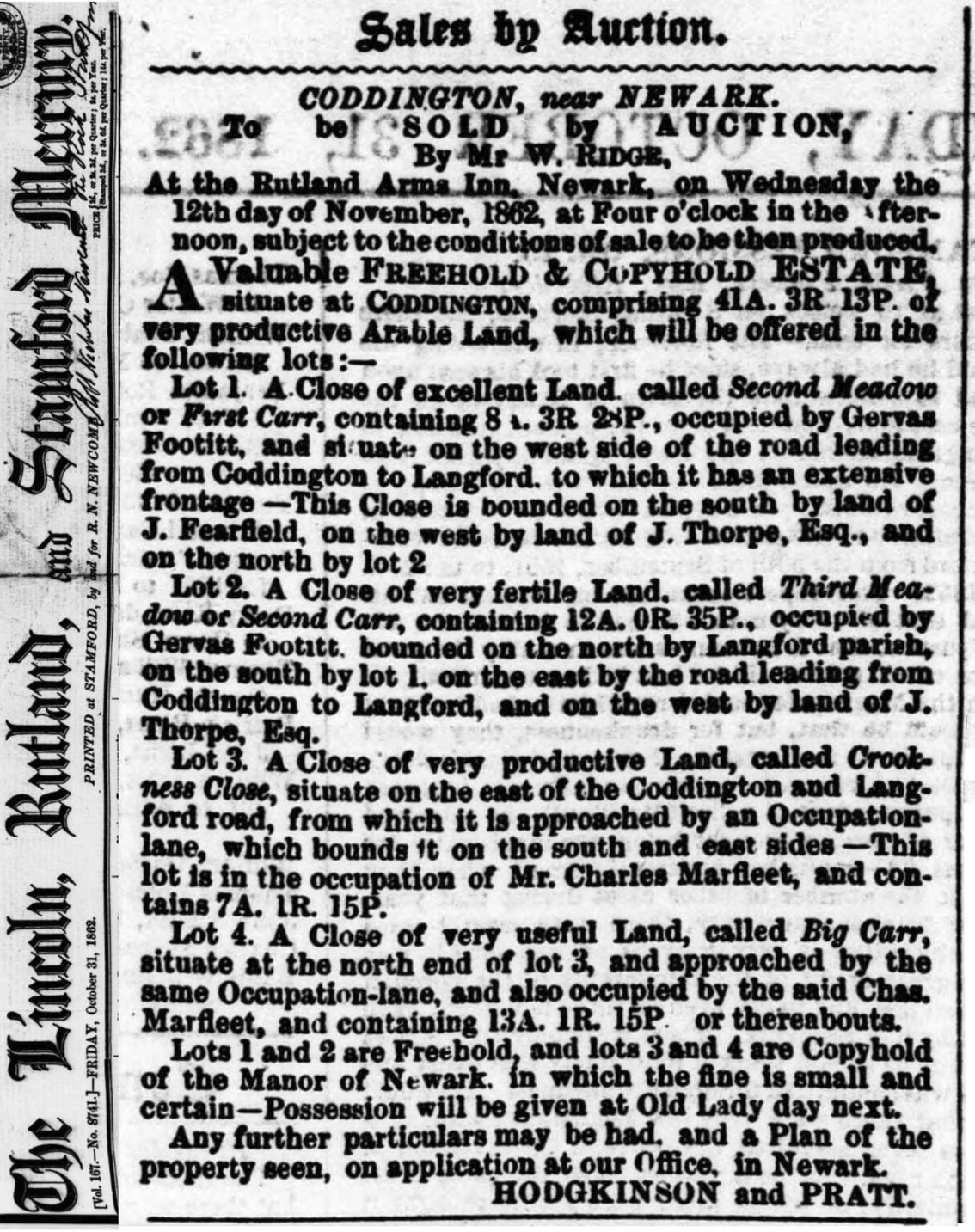 After this, something tragic must have happened, either because of health or some misfortune.  But on the 1871 census Gervas was described as an 'imbecile'.  The impact of this is unknown but his deathis recorded on 23rd Nov 1873 (age 44) and he is buried in Coddington Churchyard.  At that time, the beer licence was transferred and Mrs [Mary] FOOTITT continued to keep the pub until her second son, William BOOTH took over (by 1879).

William then kept the pub until at least 1900, marrying and raising a family of his own. 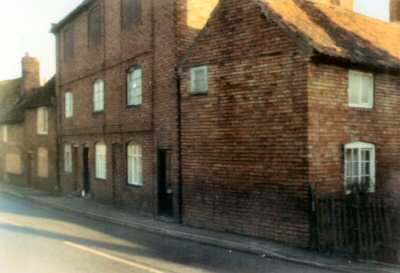 By the time of the 1918 Estate Sale, the former Globe Inn formed part of Lot 49: six brick & tile cottages with gardens and outbuildings (nos 66- 71 Main Street).  The properties were sold to a Mr BROWN for £450.  The tenants at that time were: Colonel Harold THORPE, Thomas BRYAN, Frederick INGRAM, John KELHAM, Arthur BRYAN and others (Mr BROWN of Wollaton bought a total of 22 cottages and 12 acres of woodland for £3,375 in the Estate Sale). 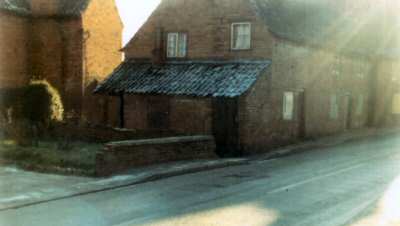 Aerial photograhy suggests that the cottages were demolished between 1966 and 1989.  By 1966 the Morgan's Close estate had been built behind the Main Street cottages.

Landlords of The Old Globe