Originally part of a farm and maltings complex that fronted the Green, Manor Dairy Farm emerged from the THORPE 1918 Estate Sale.   The farmhouse was eventually to become the pub, the Inn on the Green and details of the pub development are featured here.

In 1863 this was part of the farm/maltings complex with cottages bought by James THORPE from Edward Chivers BOWER of Tickhill Castle in York for £11,500.  In the 1918 Estate Sale it became: 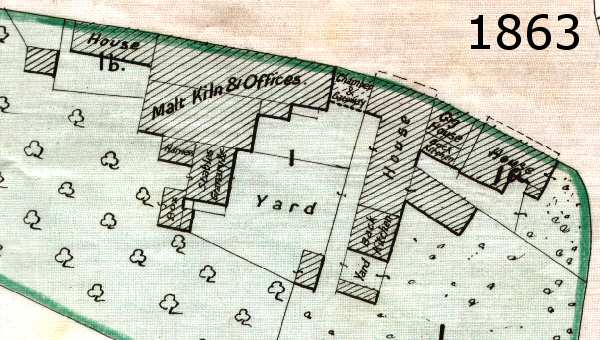 In 1861 the Farmer was John FRYER.  The census reveals the following nine people living in the farm, with six more living in the Laurels and with John Cooper BIRKETT (family of four) living the cottage beyond the Maltings (now part of Cherry Tree Cottage).

By 1871 the WEIGHTMANs were the farmers in the main house, with a household of 17 on census night - the STANFIELDs had moved into the Laurels, and the BIRKETTs with son, William [Cooper] BIRKETT were still in the cottage.

In 1881 George ROSS was the farmer in the main house.  The STANFIELDs occupied the Laurels and John Cooper BIRKETT was still in the cottage.

The ROSS household was:

By 1918 the Estate Sale Catalogue reveals that the ROSS' father and son are running both this farm and the adjacent compact farm; Home Farm.  They subsequently bought Home Farm, some land and the Lot 36 cottage in the sale, whilst Lot 6 went to a newcomer to the village, James HOLLINGWORTH. 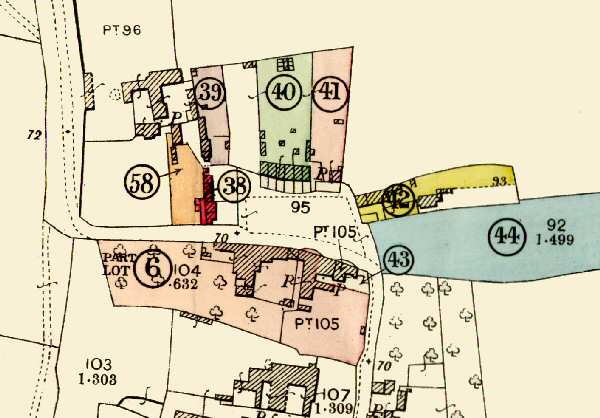 The farm buildings consisted of 2-bay trap shed, calf place and piggeries, malt kiln now used as a barn, with loft over, loose box and stall, mixing house and calf house loft running over these and the archway leading from the street.  There was a walled-in kitchen garden and lawn.

The Mr GA ROSS was the tenant of the Cottage, which contained living room, kitchen, 2 bedrooms, wash house and coal house.  The farm also kept the stackyard and buildings on the corner of the Green and Drove Lane.  Miss STANFIELD bought her home, The Laurels, in a separate lot. 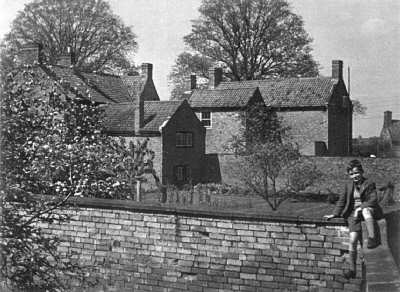 Lot 6 became Manor Dairy Farm. James HOLLINGWORTH and later his son, Fred, built up a quality herd of Friesian dairy cows and a dairy in Albert St. Newark.  The malt kiln may have been used for malting again in the 1920s.

In 1948 the HOLLINGWORTHs kept Maltings Cottage but sold the original farmhouse.  They moved across the road to a cottage next to their stockyard which eventually became the current house, Manor Dairy Farmhouse.  They continued dairy farming until 1984.

In 1953 the former farmhouse was offered for sale as a 'Country House', separate to the operation of Manor Dairy Farm. 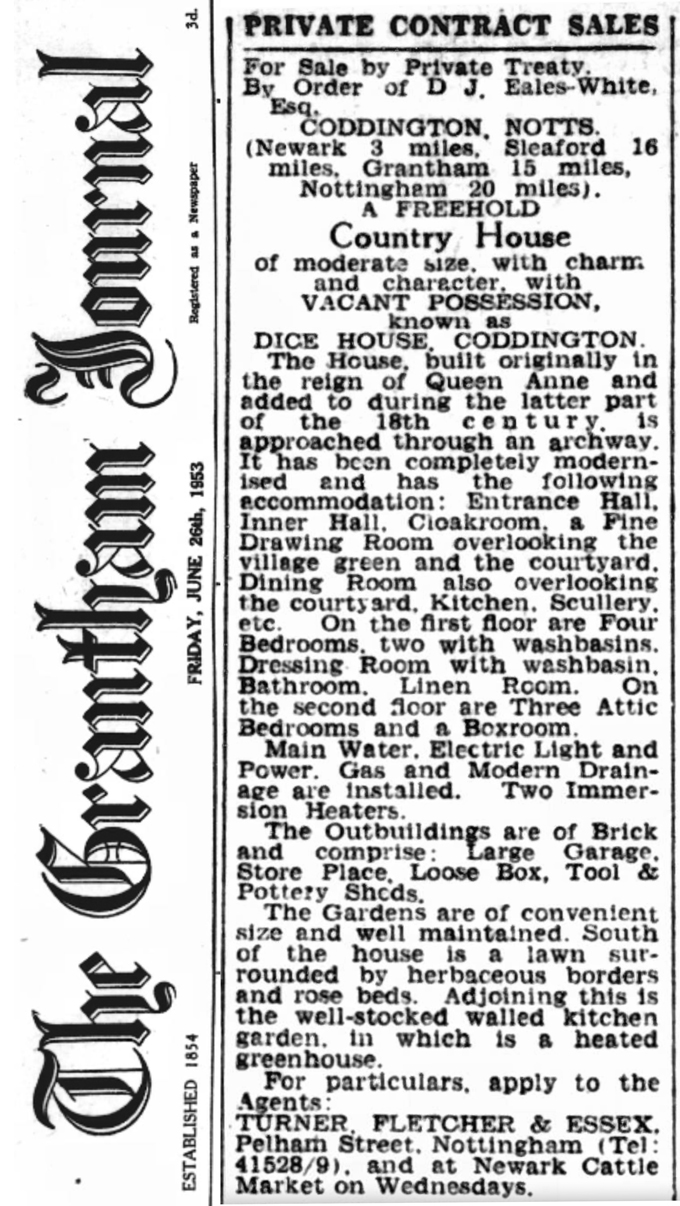 After this WAC ANDERSON turned the old farmhouse into an exclusive social club for members only - 'The Dice (Dyce) House Country Club'.  Bernard MASTIN was the Chairman of the Club Committee overseeing the conversion from farmhouse to club.  In the 1950's Squadron Leader Edmund 'Lofty' ALLEN bought it and Tommy TRINDER appeared there.

The licence was changed in the 1970s from club to public house.  It was kept by an couple from Ireland, John and Ann CROSBIE.  They built up the business and turned it into a steakhouse called the Stableford (or Stapleford) Inn.  It then became established as the Inn on the Green public house. 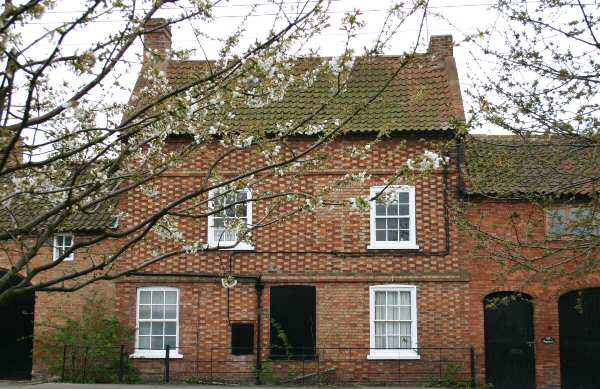