"Houghs Yard" and the HOUGHs

“Houghs Yard” and the HOUGHs

Following development in 2020, the new road sign at the top of Brownlow’s Hill names the newly erected close of houses set back behind Post Office Row and Brownlow’s House.

The reason for the naming of the new close references the HOUGH family.  The HOUGHs were agricultural contractors who owned the land behind Brownlow’s House where they stored their traction engines and threshing machines and which was known locally as Houghs Yard. 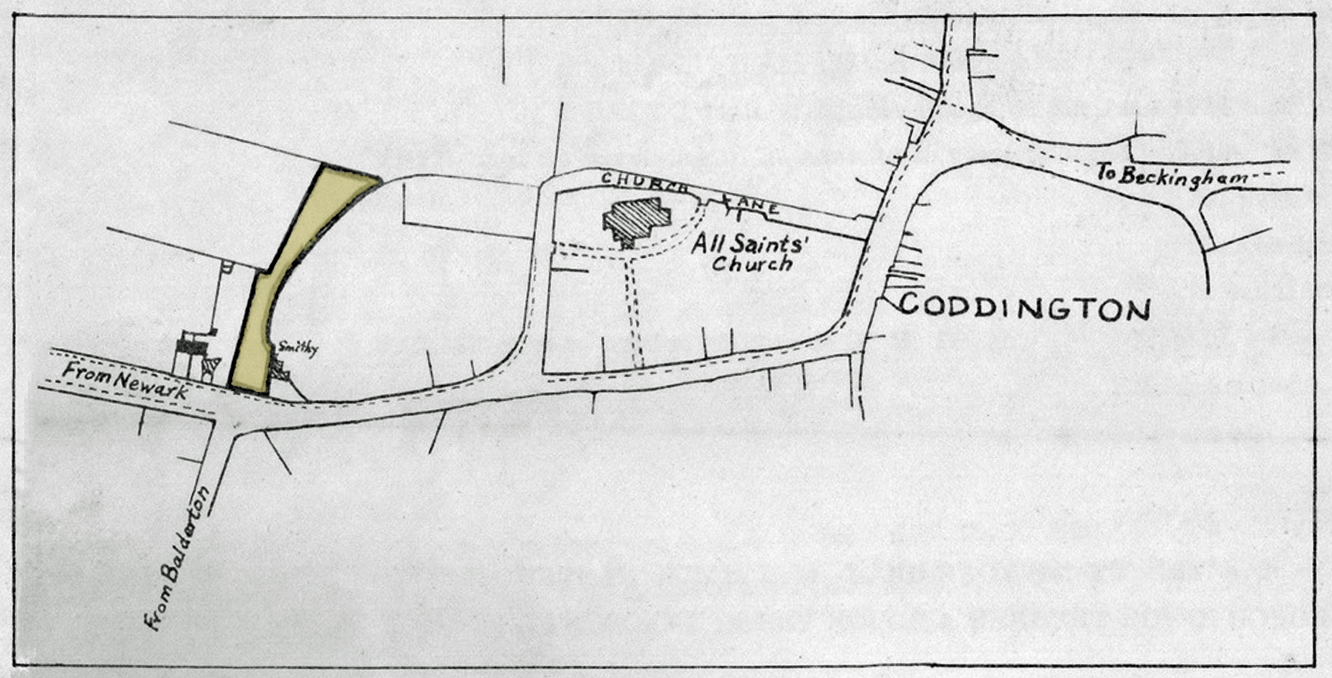 HOUGHs have been in Coddington for many years, in the Parish records the earliest instance is Ann HOUGH’s burial in the 1790s, she does not have a gravestone but there are two for HOUGHs in the churchyard – Richard HOUGH in 1904 and for George and Minnie HOUGH in the 1930s.

In the earliest census of 1841 William HOUGH aged 15 is already a Blacksmith, he is living with the DRAYTONs and (presumably) his brother John, aged 14.  The Stamford Mercury of 1st Aug 1845 anounces that the marriage of William HOUGH, blacksmith, & ANN WALLHEAD, both of Coddington, took place on 28th Jul 1845 at the Independent Chapel in Newark (officiated by the Rev. HL ADAMS).  The 1851 census shows William and Ann and indicates that both were born in Coddington although there is no record William's baptism in the village.

However, this story relates to the agricultural business of the HOUGHs, which seems to have started with John HOUGH (born 1828), then passed down to his son George (born 1863) and hence to his sons, Harry (born 1883) and Herbert (born 1902).

John Somerled THORPE, the owner of Coddington Hall and much property in, and around, the village died in WWI and in 1918 his properties were put up for auction sale.  It was then that the HOUGHs bought what became known as Brownlow’s House; prior to this time the BROWNLOW family lived there from when the THORPEs had it built around 1870 – probably replacing an earlier dwelling.

In the 1939 Register Harry, aged 57 and Rebecca HOUGH, aged 55 lived in the house although it has no name at that time and the address is Newark Road - the naming of streets and houses has been rather changeable over the years!  His occupation is given as Agricultural Engine Driver.  Harry and Rebecca had previously worked for the THORPEs at their estate in Scotland, where at least two of their three children (Frank, Mary and Patrick) were born, they moved to Coddington in 1914 and he joined the family business of threshing, going from farm to farm.

Harry was not just an engine driver; with his younger brother Herbert (who lived in one of the semis opposite what was, until recently, the shop in Newark Road) they diversified into demolition works. 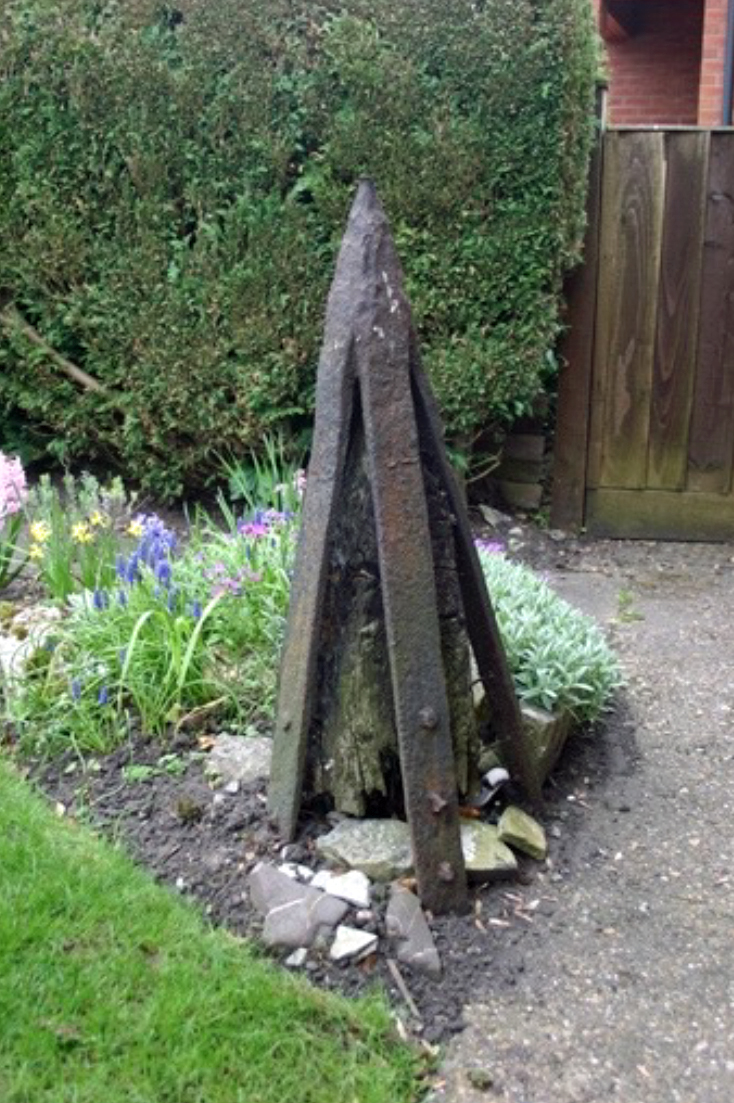 In 1922 they were involved in demolishing the old timber bridge over the Trent – presumably Muskham Bridge on the former Great North Road (now diverted and known as the A1).  They kept the base of one of the piles (now upside-down) that the bridge had been constructed on and this stood in the front garden of their bungalow on Balderton Lane until it was sold following the death of their daughter Mary.  Son Frank had had the bungalow built for his parents, possibly when the HANDBURYs/DAYBELLs bought Brownlow’s House in 1967.

Later the HOUGHs were also involved in the demolition of Coddington House; a small remnant of the conservatory there survives as the porch to Brownlow’s House - some woodwork and the leaded glass.  These materials were also used for the bay windows of the pair of semis where Herbert lived, the HOUGHs had bought the land there in the 1918 estate sale and constructed the two houses – but not much if anything is there now following alteration works.

The HOUGH business story ends c.1963 with a news cutting that relates that the last of the machinery was sold when Harry was 80 – but according to the article Harry had no intention of retiring fully.  “Farmers in the Coddington area know they can call on him if they have any problems”.

Isobel TURNER, CHG Chairman - Sep 2021,  This email address is being protected from spambots. You need JavaScript enabled to view it.